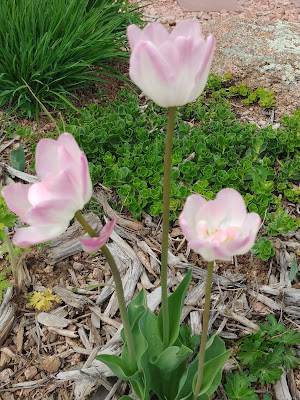 I started my day on a beautiful morning in Colorado Springs.  I had spent the previous evening boondocked next to a friends fifth wheel in an RV park.  I had my second shower in 16 days and hit the road.

I was zipping through Colorado and minding my own business when Google told me to jump off the highway and hop on a county road.  It sounded dubious to me but I reluctantly acquiesced.  I was getting off an interstate onto Owl Canyon County Road.  My first thought was, nope, nada, getting back on the highway and then the wanderer in me said, "why not?"  So, I kept going.

It wasn't too long until I came to a roundabout in the middle of nowhere and exited onto a dirt road, again, following Google's instructions.  At this point I wished I had stayed on the highway and wished I had my friend Jerry's new atlas book he had shared with me the day before I left the Ozarks. 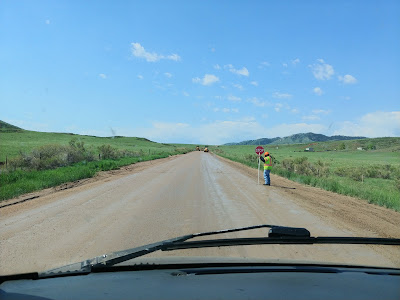 So here I am on a dirt road in the middle of nowhere Colorado and then it gets even more sketch, as if that were possible. The dirt road is being grated and resurfaced.  Now I wait with a worker holding a stop sign in my way.

Finally I get the go ahead to go though.  I can here the mud slapping all over the Kraken and I am just imagining what poor Peregrine clinging to the back of the van will look like.  What a mess.\

I'm dumped out one what appears to be a secondary road and Google spurs me onward.  It's at least a beautiful drive through some wonderful canyons and then I see a sign.  Abbey of St. Walburga.  I pass it at first because I was doing about 65 mph so I slow down and turn around, heading back to the main gate.  I tried to Google the abbey to learn more about it but as luck would have it Google wasn't cooperating.  Perhaps she was out to lunch. 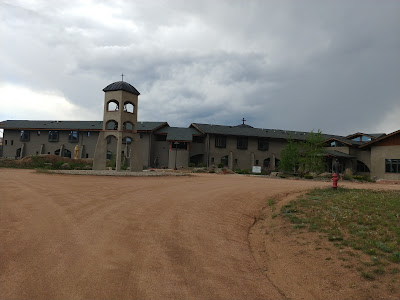 I pull in and drive back into the abbey grounds.  It was a Roman Catholic Benedictine abbey full of welcoming and warmhearted nuns.  What a delight. I explored the abbey, the chapel, the gift store, and the grounds.  The nuns gifted me with a handmade rosary.  What a treasure and what a lovely place. 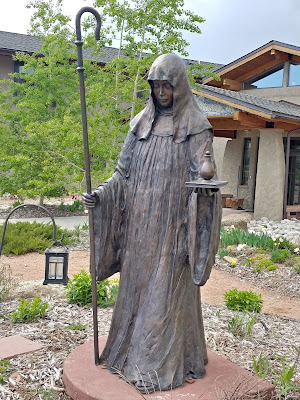 I had complained to a friend about my seeming misadventure with Google before I found the abbey.  He suggested Google knows me and he's probably right.  However you look at it, is was a serendipitous event and I was glad for it.

After the that I headed into Wyoming.  I was still coming off my happy high from my visit to the abbey when I rolled into Laramie. My thoughts immediately turned toward Matthew Shepard, a young man who was a student at the University of Wyoming who was tortured and beaten and left for dead for being gay.  If you'll click on his name it will take you to a link about him where you can learn more.  You owe it to yourself to lean about Matt if you don't know much or anything about him. 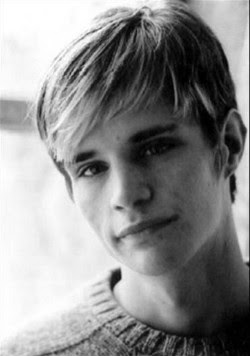 My thoughts were consumed by the seeming juxtaposition of my visits that morning within the context of just having watched the movie Milk the night before. The horror of homophobia and fundamentalism swirled in my mind for sometime as I drove.  I know it's not popular to say these days but Matthew remains in my thoughts and prayers as do the sisters from the abbey.

Wyoming was amazing.  It was a beautiful crisp and clear spring day and everything that could be green was.  The vistas were simply breath taking.  I drove through several sporadic sunny rain showers but after one in particular the heavy scent of fresh sage filled the Kraken.  It was glorious to say the least.  It felt and smelled like a vapor smudging and it helped to clear my mind of the lingering sadness over my trip through Laramie.  Its freshness and clarity reminded me of hope and in the words of Harvey Milk, "You've gotta give them hope!"

It was a wonderful day in #VanLife and one I won't soon forget.