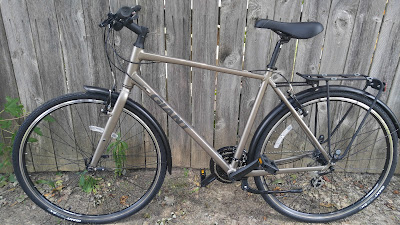 Named after St. Peregrine the Martyr who refused to worship the emperor. (Today's Trump)

Named after St. Peregrine of Auxerre due to his Champagne color.

Named after the Peregrine Falcon due to his speed, agility, color, and black markings. And because it was my highschool mascot.

Named after the Peregrine Class Courier Ship appropriated by the Maquis in Star Trek because at his heart he's at once both a courier and a pirate.

Named after the Celtic Peregrinatio Pro Christo because he's a wanderer.

I'm looking forward to getting to know him!
Posted by Brian Ernest Brown at 10:11 AM No comments: