Writing One Thousand Words a Day 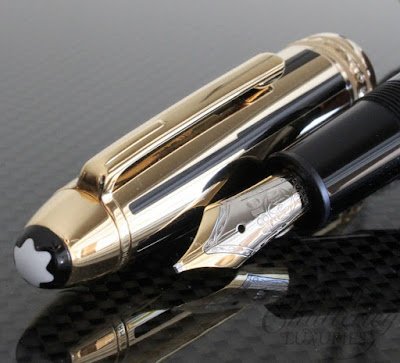 The other night at a party I was throwing I struck up a conversation with a neighbor friend who had just graduated with a Bachelor of Arts in Literature from the University of Arkansas. After the compulsory congratulations and "thata-boy's" I leaned back in my chair, took a long drink of my homemade sangria and asked,

"So, now what are you going to do with the rest of your life?"

Knowing my friend wished to be a writer, or more accurately wished to become a better writer, I had a pretty good idea of what his answer might be. Writing.

Indeed, he didn't disappoint. He launched into his hopes and dreams, his daily routine of becoming more of the writer that he knew he could be; he shared with me his plans for the not too distant future and eventually we got down to the nuts and bolts of it all. He was going to write. Already he had embarked upon a personal challenge of committing to write one thousand words a day for at least the next year. Notice I wrote the words one thousand because I learned that numbers don't count.

I thought to myself, wow! One thousand words a day! Ambitious!

I have always had a challenge with depth perception because I was two months premature and my eyes developed poorly. I was subsequently diagnosed with Lazy Eye, a condition where the eyes do not align to a single focal point, robbing the person of good depth perception, a condition I would have all of my life until finally I would go blind in one eye. That's a story for another one thousand words. I said all of that to say this, I also apparently have an issue with judging the depth of words when strung together in sentences that pile one upon another. I thought one thousand words a daunting amount to write day after day.

So I pressed him for more information...

Apparently he was going to, or already had, counted anything he had written from personal correspondences to blog entries, to perhaps even grocery store lists I assume. I jest but you get the picture. I began to think of the emails I write for the my dealings with Christ Catholic Church, my own personal corner of Catholicism, or for Whithorn School of Theology, and began to do some mental calculations. I quickly came to the conclusion that, by George, I think I normally write one thousand words or more a day by accident even if I don't count Facebook or other social media posts! Wow!

So then it occurred to me that I wasn't the best judge of depth historically and so I thought I'd give it a whirl by means of a single blog entry and see where my word count landed. Luckily I utilize a blog platform, Word Press, that counts your words for you as you compose. I suppose that comes in handy for folks who write for a living. This was something my friend, remember the one I mentioned earlier, was hoping to do, to eventually get paid for his writing. Anyway, according to the count at the bottom I'm over half way there!

Interesting. I haven't broken a sweat, nor, on the other hand, have I said anything of any import. I suppose its the dedication to the art of writing as much as anything. If you write enough surely something you write must be worth something right?! After all Fox News is a money making empire!

This was my friends attitude and a healthy one I suppose. He offered that writing one thousand words a day made you a writer. He extrapolated that over a single year and then working with a life expectancy actuary table, figured out how long he had left to live and multiplied the two numbers coming to an ungodly amount of words he will have written if he sticks to the plan. Giving him the benefit of the doubt that he'll live to be over one hundred years of age and given that he is now maybe thirty-eight that would mean that he has sixty-two years left. So let's run the numbers...

One thousand words a day for three hundred and sixty-five days a year, excluding leap years, would obviously add up to three hundred sixty-five thousand words a year. Now take that and multiply that by sixty-two years remaining of his life and you come up with twenty-two million six hundred thirty thousand words he will have written before he kicks the bucket. It was his opinion that somewhere in all of that writing someone would find something that they wanted to publish, if for no other reason than novelty.

I'm older than my aspiring writer friend by a few years, having just had my forty-sixth birthday. Let me break for a moment and share with you that my forty-fifth year was rotten, rotten to the core. One shouldn't wish one's life away and I didn't at the time but I was so very glad to see the earth orbit the sun around to the location of my birth again. I have hopes for forty-six being much better although it's off to a rocky start but again that's a story for another one thousand words.

Anyway, I 'm sure that I wrote one thousand words a day last year when you add them all up but I have no proof of that. So I figure I should live to be at least one hundred years old and why shouldn't I? On Facebook it says eating cheese, devouring chocolate, and drinking wine is akin to exercising and it's surely not wrong if it is on Facebook is it?! That coupled with the fact that I returned to being a vegetarian two years ago and gave up everything I like to eat except for cheese, wine, and chocolate and not to mention, oh wait I am mentioning it, that I bike fifteen to twenty miles a day in reasonable weather - I should live forever.

If all that is true and I live another fifty-four years, again not accounting for leap years nor for the twenty-seven days since my last birthday, I should be able to write another nineteen million seven hundred ten thousand words in my lifetime. And maybe even say nothing of import.

Oh look, I'm already at one thousand seventy-five.
Posted by Brian Ernest Brown at 6:58 AM