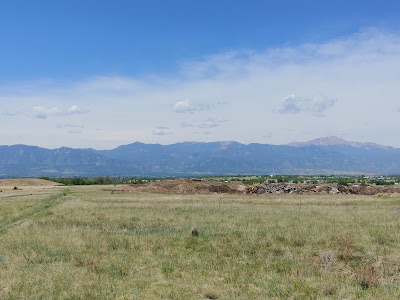 I spent the yesterday evening and today in Colorado Springs with a dear friend.  He lives in a fifth wheel in an RV park and so I was able to park the Kraken in his driveway and boondock there.  He gave me the code to use the bathroom facilities which allowed me my first shower in 15 days.  You would think I would be excited about that but not really. It was pleasant enough but honestly I haven't missed it so much. That's a huge shocker for me but it's the truth.

In my day and a half here we took to trips to Walmart and hiked a bit behind the RV park where he lives.  Most of the time we spent catching up and chatting.  I did turn him on to pita and Creama Kasa cheese and we enjoyed a couple of salads and washed it all down with a blended wine.  It was good company and good food.  The nights were cool and sleeping in the Kraken continues to be a great delight.

Earlier this evening we watched The Last Jedi.  The most redeeming thing about the film was the filming on Skellig Michael of the Celtic Monks beehive huts.  Other than that, I thought it was the weakest film in the Star Wars franchise. 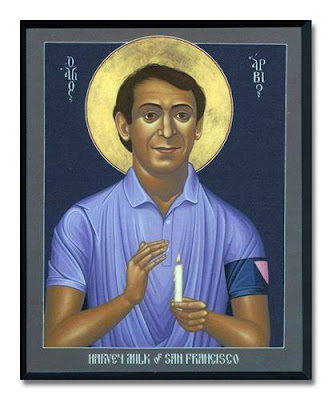 I finished my evening with the movie, Milk, about a gay Jedi, Harvey Milk who would have turned 88 today had he lived to do so.  Instead he was murdered by a homophobic bigot and the rest is history.  He was a powerful Jedi in the resistance in which many of us continue.  He is a giant in the movement for equal rights for LGBT folk.  I watch the movie on his birthday every year and the anniversary of his assassination.  It was much better than The Last Jedi to be sure.
Posted by Brian Ernest Brown at 11:37 PM