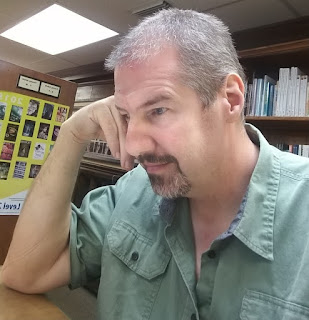 Today was kind of a bittersweet day. I spent much of it continuing to downsize. I had put off and put off working on my biggest collection yet, my email archives.

There were about 16,000 of them. Many of them were of no real importance but some of them were from friends and family who died and or from ended relationships of some sort. It was particularly hard to part with the latter; to in a way, finally say goodbye even to the memories but say goodbye I did. I deleted all but five emails, ones that would require my immediate attention.

When I was getting rid of my molecular pictures I took digital pictures of them or scanned them into the computer. That allowed me the illusion of downsizing because now they were only digital and took up virtually no space in my physical life. Even though somewhere there is a server or several servers with my pictures spread around. Even digital things take up space.

The thing about downsizing is that we're all going to do it some day one way or another. I'm just continuing to do it myself, in the now.

I'm still not sure I'm ready to give up my pictures. Maybe tomorrow I'll be ready, or maybe next week, next month, or next year. Time will tell the story.
Posted by Brian Ernest Brown at 11:10 PM

Email ThisBlogThis!Share to TwitterShare to FacebookShare to Pinterest
Labels: Minimalism